Expected Dem Slogan for the DNC: "Here, Gimme That!" 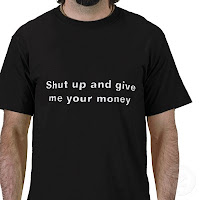 Watching the RNC with my 11-year-old, who is quite interested.  He asked to watch the DNC next week, too, which I'm fine with.  He has seen all of the "We Built It" posters and signs, and he asked what the Dems' slogan would be.  I suggested "Here, Gimme That!"  I might be wrong, but at least it would be truthful on their part.
Posted by Team America at 8:51 PM 1 comment:

Senator Rob Portman asks 'Who would you rather invest with'?

Watching the RNC.  Senator Rob Portman of Ohio asks (paraphrasing), who would you rather invest your life savings with?  The guy who was extremely successful in business and made a boatload of money; or the guy who has never worked in the private sector, never started or owned a business, and believes that government is responsible for job growth.  Should it be any different for the nation's economy???

The problem is that only when MSM bias is revealed to such a irrefutable degree is anything done about it.  Compared to the number of people in the media that we suspect make similar off-mike comments and hold similar views, few are caught like this guy was.

Posted by Team America at 3:01 PM No comments:

While the skies looked threatening, and off-and-on rain ruled most of the afternoon, the Republican Assembly of Lake County still had a great turnout for its annual summer picnic.  I give most of the credit to Doreen True, wife of RALC founder Ray True, for organizing a great event, though in truth many folks always pitch in to make it a great event.  While a few heavy GOP hitters were down in Tampa (so much for going to Florida to escape the rain in Chicago) such as State Senator Dan Duffy, and State Representatives Sid Mathias and Ed Sullivan, many other elected officials and candidates, and many enthusiastic grass-roots Republicans braved the rain to savor brats and political discussion.

A few notables such as Keith Brin, Candidate for Circuit Court Clerk, escaped my trusty Blackberry's picture function, but here's the pix I was able to snag:: 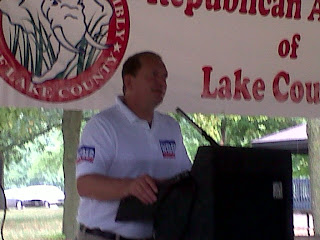 Tom Weber is running for County Board, District 3.
Posted by Team America at 5:23 PM 4 comments:

The choice is clear... 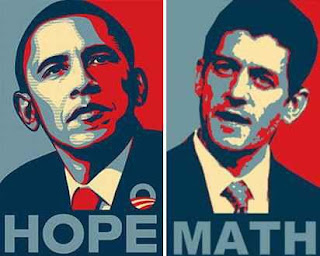 Hi everyone!  Sorry it's been a long while since my last post.  The summer and my job have swept me away from regular posts.  The pick of Paul Ryan for VP means that the November election season is really about to get going now, though, so maybe I will get back to blogging more regularly.

For now, though, I want to encourage everyone to check out the brand new 10th District "Common Sense in Illinois' 10th" blog that has been started by my good friend and regular Team America commentor Lou Atsaves.  I have no doubt that it's going to be a great addition to free speech and intelligence political discourse here in the 10th!

Welcome to Common Sense!
Posted by Team America at 8:25 AM 7 comments: