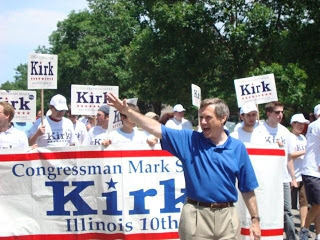 Here's a nice Christmas present (and a belated Hanukkah present) for fans of Senator Mark Kirk - the AP reports that he visited his U.S Senate office briefly as part of his preparation for his return to work at the Senate, about a year after suffering a major stroke.  Great news, and we are really looking forward to Mark getting back in the ring.

UPDATE 12/31/12:  Things still seem to be on schedule for Senator Kirk's return to DC, according to the Sun Times.  And guess who will be there at the Senate to greet him on his return.  None other than "Uncle" Joe Biden.  Of course, as President of the Senate, Biden gets to swear and re-swear the Senate members, so it's not like Biden is making a special trip.  But it's almost enough to make you want to stay away...
Posted by Team America at 8:32 AM 1 comment:

Is the Lake County News-Sun on the Chopping Block? 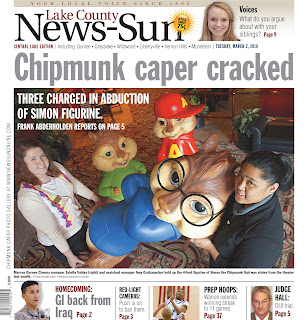 Word from the Sun Times is that it may be closing all of its suburban offices; whether that means not ending the various suburban publications (or some of them?) and trying to carry on their local coverages from downtown Chicago (ugh), or just abandoning them altogether is a little less clear.

I would miss the News-Sun if it closed; back in the heyday of Waukegan, it was quite a paper, and even now, it's nice to have additional local coverage beyond what the Daily Herald can provide, especially the goings-on in the northeast part of the county, including the center of county government in Waukegan.
Posted by Team America at 1:04 PM No comments:

Everyone I know seems to be walking around in just a little bit of a fog lately, in the wake of the horrendous tragedy of the Sandy Hook School shooting, trying to make sense of the senseless.  While it's challenging to think of anything to say or do that would have any helpful effect in response to such an incredibly sad and tragic event, one person I know is trying hard to help, namely Russell Lissau of the Daily Herald.  In his off hours, Russell is a devoted comic book writer/illustrator (I know, I have been to one of his seminars) and he began with an idea to donate some of his Strawberry Shortcake comic books to the children of the area.  That idea was picked up by a group known as Reading with Pictures, which is organizing a nationwide comic book drive.  Here is the link to Reading with Pictures and a description of how you can help:

We at Reading With Pictures reacted to the tragic news coming from Newtown, CT with the same sense of loss and sadness that everyone else felt. As a nonprofit organization with a special tie to education and schools, to see the bond of safety and trust punctured was absolutely heartbreaking.

The outpouring of support all across the nation has been inspirational and we want to help in our own small way. An important time of happiness between families is reading together and we want to put together a collection of kid friendly comic books to send to the families in Newtown, CT.

We’ll be working with connections we have in that community to coordinate the best possible direction for this donation but we wanted to ask for your own help in this comic book drive.

If you have any children’s comic books to donate or want to assist in this, please email info@readingwithpictures.org


We will accept donations through the end of 2012. Please keep the following in mind:

1. We want children’s comic books only. Nothing scary, violent, suggestive in anyway. We will be scanning all donations to ensure the content is appropriate.

2. If possible, try to donate a few sets so we can spread them out among families

3. Your donations are tax deductible and we will provide all donors with a tax receipt

4. Reading With Pictures will attempt to document as much as possible the donation’s progress up until we send it but after that, we will want to respect the Newtown, CT community’s privacy

From all of us at Reading With Pictures, thank you so much for not only your compassion and caring but also believing in the power of comic books in creating community. 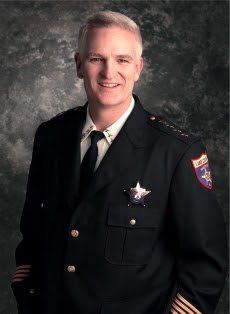 Rumors on this have been circulating for months, and Sheriff Mark Curran himself was talking it up over the past weekend, but now I guess it's official -- he wants to challenge incumbent Democrat Lisa Madigan to be Illinois' next attorney general.  Well, it might be more accurate to say that Curran wants to be AG and would probably just as soon LMadigan runs for guv or gets herself put on the Illinois Supreme Court.  Last I checked in, she had millions in her political campaign war chest compared to less than $100K for Curran according to the Daily Herald article.

I'm a big Curran fan, but I find myself wishing he was planning to run for Lake County Sheriff again.  There's plenty to do right here....
Posted by Team America at 5:37 AM 3 comments:

Libertyville, IL - The Lake County Republican Federation announced today that Erin Westphal will join the organization as its new executive director in 2013.

No stranger to the Lake County Republican Party, Westphal, of Grayslake, comes to the Federation from U.S. Congressman Joe Walsh’s district congressional office, where she currently works as a congressional constituent representative. She has also served as a Lake County GOP precinct committeeman and as president of the Lake County Young Republicans in recent years. Prior to entering the political field, Westphal spent over ten years in the pharmaceuticals industry. She is a graduate of Lawrence University in Appleton, Wisconsin.

"We are extremely pleased that Erin has agreed to serve as our Executive Director," said Lake County Republican Federation President Larry Falbe, who headed the six-member search committee. "Our Board is confident that Erin will be able to carry on the Executive Director's role and responsibilities that Chelsea Stanley has so ably performed for the past several years. Erin's enthusiasm, experience and leadership ability will serve her well in meeting and overcoming the challenges that the Federation, and Lake County Republicans as a whole, will face in this next election cycle. The Federation stands with our partner, the Lake County Republican Central Committee, in supporting and promoting Republican ideals and candidates, and Erin will play a key role in meeting our joint goals.”

Westphal takes the reigns from Chelsea Stanley, who has served in the position for just over three years. Stanley is stepping down to stay at home with her first child due early next year. “It has been an absolute privilege to serve the Lake County GOP in this capacity,” said Stanley who hopes to remain active in politics. “I am thrilled to pass the torch into such capable hands."

Lake County Republican Central Committee Chairman Robert Cook, who served on the search committee, said, “Although I will miss Chelsea, I look forward to working as closely with Erin, and I’m sure she’ll do a great job. My hope is to build upon the strong relationship between the Federation and the Central Committee that we have established over the past few years. ”

The Lake County Republican Federation has served the Republican Party in Lake County for over 50 years. To learn more about how you can contribute with your time, talent or treasure, visit www.lcgop.org.

I'd heard this was the tenative plan some time ago, but it's nice to see it more or less confirmed in the press -- Senator Mark Kirk plans to be back on the job in the U.S. Senate after the first of the year.

Great news for all of Illinois -- Mark has been gone far too long, and we need him back.
Posted by Team America at 2:06 PM 4 comments:

Aaron Lawlor was elected Chairman of the Lake County Board this morning in a special meeting.  I wasn't able to make it in person, but I watched the news feed on the Lake County website.  Russell Lissau of the Daily Herald covers it here.

I wish Aaron the very best with the challenges ahead -- not only does Lawlor need to manage the business of the county and keep its triple AAA bond rating, we need to defend against losing jobs from competition across the border in Wisconsin, when our own state increasingly seems hostile to business.

On the political side, Aaron is going to have to defend Republican dominance of the Board, as the GOP majority has been slipping over the past decade.  2014 will once again be a tough year for the GOP, so the campaign starts today, folks.
Posted by Team America at 12:50 PM 12 comments: